October 30, 2017
The program for Thursday afternoon and Friday has now been finalised. They can be downloaded as Word files here: Thursday program Friday program A file with the abstracts of all the speakers can be downloaded here: Abstracts We will a have copies of the program posted on the wall on the day so attendees can check the schedule, but are aiming to keep the symposium as ec-friendly as possible, so please consider not printing them out. There are also still some tickets for the public event with Kate Forsyth on Thursday evening (details below). Register with this link for free tickets https://historicalfictionskateforsyth.eventbrite.com.au Kate Forsyth wrote her first novel at the age of seven, and is now an internationally bestselling & award-winning author of almost forty books, ranging from picture books to poetry to novels for both adults and children . She was recently voted one of Australia's Favourite 15 Novelists, and has been called 'one of the finest
Post a Comment
Read more

October 08, 2017
The full program for Re/Making the Past is now available here . We received so many proposals for papers that we have extended the symposium over two days. The afternoon of Thursday 2 November will feature papers by several key practitioners and postgraduates, on Writing Historical Fictions. In the evening, acclaimed author Kate Forsyth will appear in a free public event . On Friday 3 November, the symposium continues with a full day of panels and keynotes on Historical Fictions & Identities. The symposium is free, including lunch and refreshments, but places are limited. Please register here.
Post a Comment
Read more 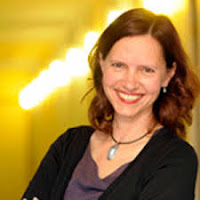 Professor Stephanie Trigg will deliver a keynote address on Friday 3rd. 'Chaucerian Voice in Modern and Contemporary Historical Fiction: From Anya Seton to Chaucer’s Twitter Feed' The world of Chaucerian fiction is a very expansive one. Chaucer sets the model for this expansiveness with his framed narrative collection, The Canterbury Tales , with its unfinished tales, its interrupted narratives and its radically truncated conclusion. Almost as soon as Chaucer died in 1400 his followers began writing more tales and narrative imitations, and this pattern has continued for over six hundred years. This paper examines a range of modern examples for the different ways they represent Chaucerian voice and character. It will range from the much-loved and very influential biography of Chaucer’s sister-in-law, Katherine Swynford, in Anya Seton’s Katherine (1954) through to two novels from Bruce Holsinger, A Burnable Book (2014) and The Invention of Fire (2015). It will also mo
Post a Comment
Read more

Keynote: The Revolution Will Not Be Fictionalised 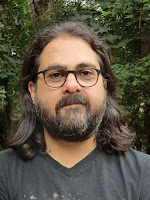 Announcing a new keynote speaker The Revolution Will Not Be Fictionalised? Dr Ali Alizadeh Much of the recent spate of historical fictions is focussed on the individual and the personal and on related themes such as desire and identity. Far less prevalent are fictional depictions of the past which tackle significant political events and radical historical movements without submitting the public or the universal to the dictates of the self or the particular. There are, as a result, no leading contemporary fictional accounts of revolutions, transformative popular or universal events of the past with ongoing consequences. When revolutions and other similar episodes feature in historical fictions, they often serve as backdrop to the inter-personal dramas of individual protagonists; or they are only seen from the perspective of individual protagonists and judged (often harshly) through the lens of individual moral or identitarian concerns and anxieties. But on this 100th anniver
Post a Comment
Read more

July 16, 2017
No abstract yet? No worries! We have extended the deadline to 21st July
Post a Comment
Read more

July 11, 2017
UPDATE: We are sorry to say that Dr Heiss will no longer be a keynote speaker, but excited for her that she will instead be running the New York marathon in early November. We are excited that Dr Anita Heiss and Professor Stephanie Trigg will be keynote speakers at Historical Fictions/Identities. Professor Trigg will deliver a plenary address, and Dr Heiss will be interviewed by Dr Kelly Gardiner.
Post a Comment
Read more

June 01, 2017
From popular television ( The Tudors , Reign , Outlander , Vikings etc) to Booker-prize winners (Hilary Mantel’s Wolf Hall and Bring up the Bodies ), film ( The Handmaiden , The Young Victoria ), video games ( Assassin’s Creed franchise, Civilization The Legend of Sword and Fairy ) and more, historical fictions are a significant part of twenty-first century culture.   Contemporary audiences engage with the past as entertainment more than they engage with it through education. Historical fictions reveal more about the time in which they were produced than they do about the period that they represent. This symposium aims to explore the cultural work done around identities in the twenty-first century by fictionalised pasts. How do we make who we are now by re-making the past? Which identities are included and excluded from narratives of particular periods? What present identities are projected back into, for example, ancient Rome, the European Middle Ages, eighteenth-century Japan
Post a Comment
Read more